Eat What You Watch Cookbook – Review 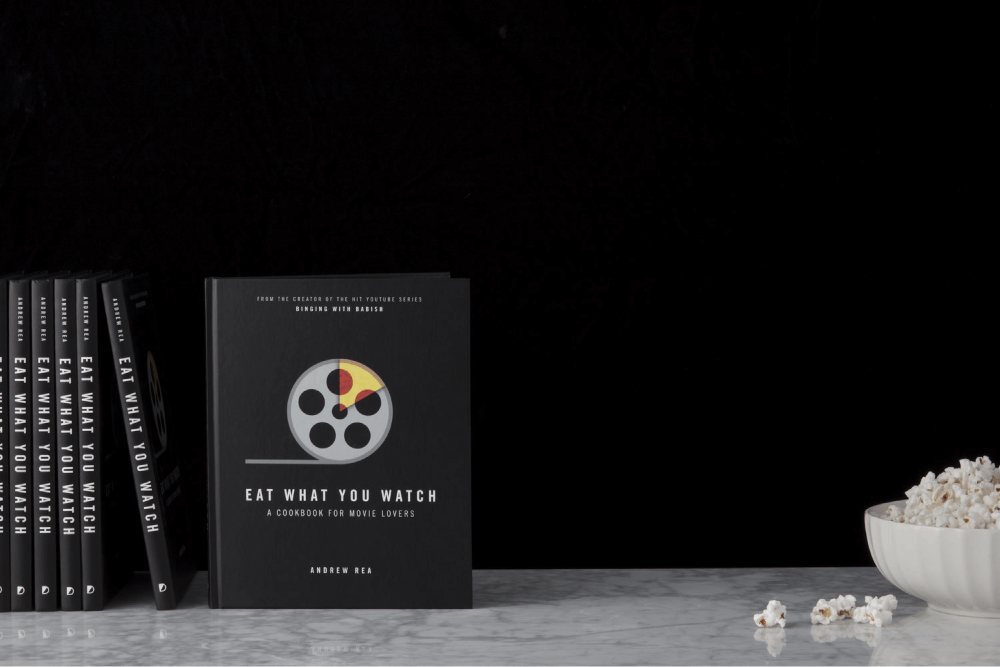 Eat What You Watch: A Cookbook for Movie Lovers

Today in this cookbook review we decided to take another look on Youtube. The first book that we reviewed, which had its origins in youtube was the “Just A French Guy Cooking Cookbook” a book from Alex Gabriel, that you don’t want to miss. This time we bring you the book from Andrew Rea – Eat What You Watch Cookbook, from the Youtube channel Binging With Babish.

Andrew Rea is one part chef, one part filmmaker, and a generous dash of irreverent YouTube personality. Self-taught both behind and in front of the camera, his cooking show, Binging with Babish, is enjoyed by millions of burgeoning chefs and foodies around the globe. His passion for teaching and experimenting in the kitchen is rivaled only by his love of film and television, both of which he endeavors to share from his Harlem, NY kitchen.

Throughout the history of movies and television, food has often been a central character and theme. In Binging With Babis, Andrew brings to life many of these iconic foods. From films like Night Fever and When Met Sally, and recipes from episodes of Adventure Time, The Office, and Twin Peaks.

Eat What You Watch Cookbook, transports the huge success of Andrew’s Youtube channel to the world of cookbooks. With recipes from more than 40 classic and cult films, this book is the perfect gift for both movie buffs and home cooks who want to add some cinematic flair to their cooking repertoire. This book combines some recipes Andrew has already cooked up in his youtube channel with others that he has not yet shared.

As a good cookbook, Eat What You Watch offers more than a few recipes. Not only does Andrew provide us recipes like the disgustingly sweet pasta dish from Elf, but as he guides all of us would-be chefs he uses humor to ease the journey, reminding us that not all dishes were created equally and that not all recipes will come out perfectly on the first try.

Eat What You Watch is a book for movie lovers and for the fans of Binging With Babis. A book that features some of the favorite recipes of the show as well as endearing tributes to the great moments of food in movies. In the end, and as we already told you this book makes a perfect gift both movie buffs and home cooks.

Eat What You Watch brings something new to the cookbook market. A different approach that will make the delight of any movie fan or home cook.