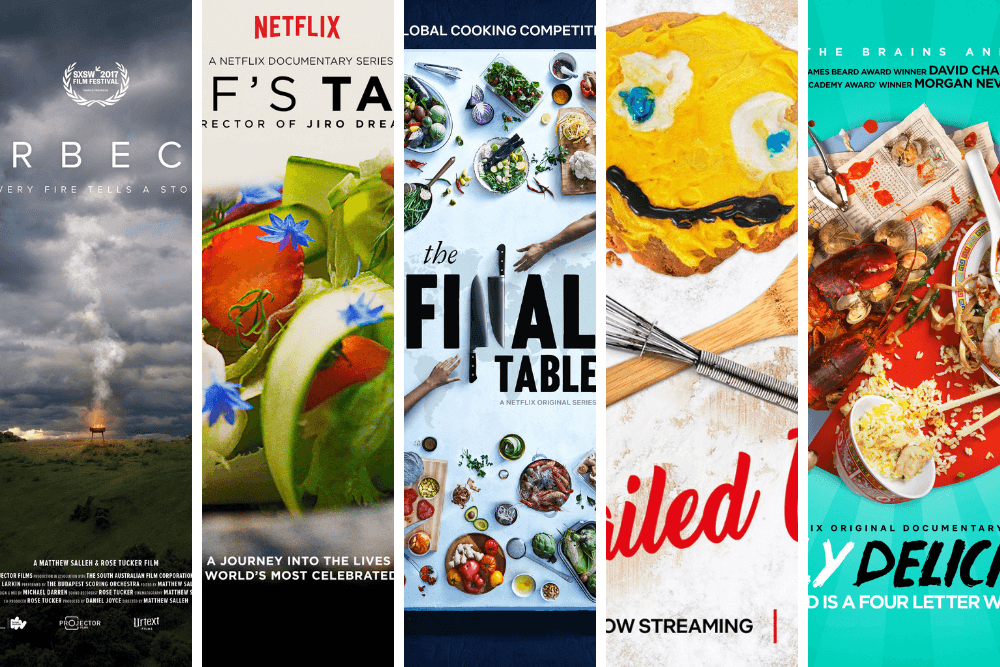 In the last two decades, the number of cooking programs has increased, especially in the last couple of years. With all this growth, choose a good program can be difficult. But fortunately for us, Netflix help us solve this problem! The number of options is huge. From food travel to the most elaborated documentaries, the options are getting better and better. So, as a result, we decide to bring you our Top 5 Food Shows On Netflix.

To give you a rundown, we’ve listed the best food shows on Netflix right now. And if you want to have a perfect movie night don’t forget to see our list of The best movie night snacks.

A new documentary that aims to tell the complete story of humanity’s obsession with cooking meat over a flame. Barbecue is much more than grilling a piece of meat. It’s a ritual performed religiously across the world.

Directed by Matthew Salleh, Barbecue shows us how an everyday ritual is shared by cultures around the world. And how something as basic as cooking over fire unites us across race, class, and culture in increasingly uncertain times. A film told in 13 languages, from Texas to the Syrian border, from ‘Shisanyama’ to ‘Lechon’.

Barbecue is a film about the simple truths in life that bring people together.

Watch The Final Table On Netflix

Watch Nailed It On Netflix