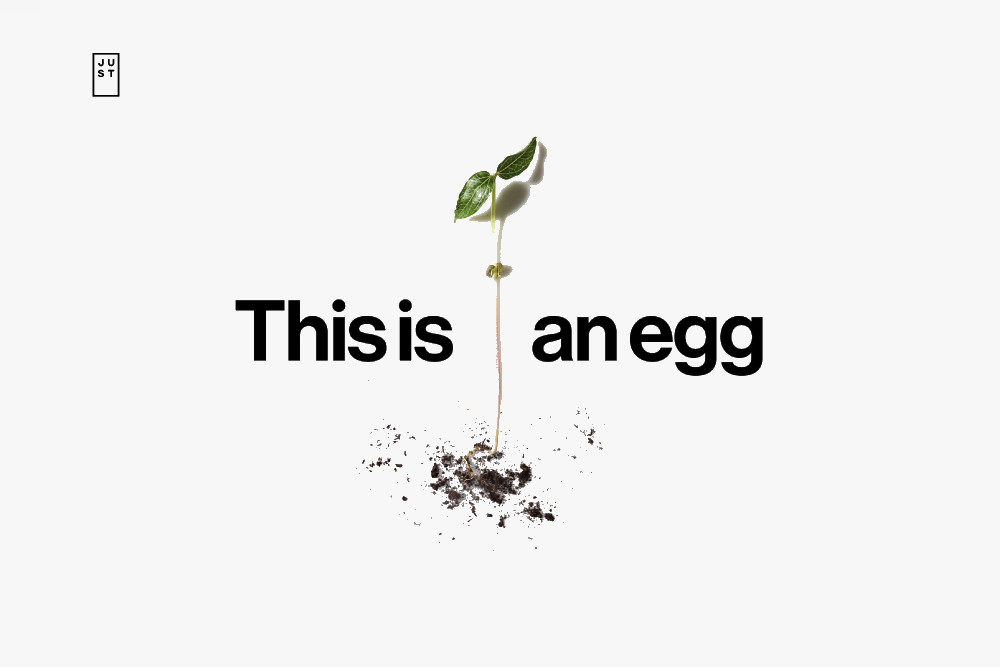 Eat Just: See The World in a Different Perspective

Since day one, that one of our main goals is to give voice to projects, companies, and people that make this world a better place. We already have shown you very interesting projects such as Impossible Foods, Imperfect Food, and ShareTheMeal, just to name a few. In today's article, we'll talk about Eat Just, a company that is changing the way we look at food.

‍Eat Just, Inc is a company that develops and markets plant-based alternatives to conventionally-produced egg products. Founded in 2011 by Josh Tetrick and Josh Balk, this company is best known for its plant-based JUST Egg made from mung beans and a mayonnaise substitute called JUST Mayo, which is made primarily from a variant of the Canadian yellow pea.

This innovative and successful company is setting new boundaries of what is possible in the food industry.

As we all know the actual food system is one of the biggest problems we face nowadays. It is not only affecting our health but it is also putting in danger the future of planet Earth. According to Eat Just there are a couple of reasons for this. First, the tools of our food system are limited. We're talking soy, corn, processed sugar, and animal protein. These are the core ingredients that the biggest food companies are using to make the food that is all around us. And it's not that these big companies don’t care. In fact, they do care. The problem is that it's hard to do anything different.

And it's not just a limitation of tools, it's a mindset. The world does not believe it’s possible to have healthier, sustainable food that is also affordable and delicious. That keeps anyone from even trying. Thankfully Eat Just is trying to change that mindset. They started with the idea of building a food system that makes it really easy for people to eat well. How do they create a system like that? They are changing the tools!

There happen to be over 300,000 of them. 300,000+ species of plants all around the world that have never been explored for how they can make our cookies or pasta or ice cream or butter or scrambled eggs better. So, they literally started to explore them by hand. The interest was finding plants that, because of their health, sustainability impact, and potential to make delicious food, make it possible to create a sustainable food system.

After showing the world that eating well could be easier with products like JUST Mayo, Tetrick and Balk decided to go further in their quest.

After years of intense work, they found a way to make a better egg. JUST Egg is a product that defines their unique approach to fixing the food system. A product that creates the answer to the question that many of us have been asking: "how do we radically reimagine our food system?" They have reimagined the egg to better align with the idea of starting your day right. Made from plants (not chickens), JUST Egg has zero cholesterol, it's packed with clean, sustainable protein, and it scrambles and tastes just like eggs.

The protein-rich legume called a mung bean is the magical ingredient used to produce JUST Egg. This legume has been in the food system for over 4,000 years and is used in countless cuisines globally, but it's never before been used quite like this. The mung bean has already impacted our food system for thousands of years and thanks to this discovery, Eat Just will turn it into a meal that will impact it for thousands more.

Accordingly, to their announcement in September 2020, Eat Just has sold the equivalent of more than 50 million eggs — all made from plants. With a product that uses 98% less water, has a 93% smaller carbon footprint and uses 86% less land than conventional animal sources, it is one of the most sustainable protein sources on the planet.

As if the egg alternative products from Eat Just wasn't already surprising enough, this company was once again the focus of all the attention these past December. In partnership with 1880, an establishment founded to inspire conversations that change the world, made history over the weekend when their cultured meat was served and sold to guests for the first time. The restaurant debut of GOOD Meat Cultured Chicken – real, high-quality meat created directly from animal cells for human consumption – followed Singapore’s first-in-the-world regulatory approval for the product in November.

This remarkable achievement was the culmination of a nearly 90-year-vision first articulated by British statesman Winston Churchill and pursued for decades by Dutch researcher and entrepreneur Willem van Eelen. In a 1931 essay, Churchill imagined a world where “we shall escape the absurdity of growing a whole chicken in order to eat the breast or wing, by growing these parts separately under a suitable medium.” Van Eelen, widely known as the “godfather of cultured meat,” made it his life’s mission to realize the promise of safe, sustainable meat production from cells instead of live animals.

In conjunction with GOOD Meat Cultured Chicken’s restaurant debut, Eat Just launched goodmeat.co, a new digital platform focused on educating consumers about the importance of this method of meat production as worldwide demand for animal protein continues to grow. Through this website, the company aims to highlight the need for safer, more efficient, and less environmentally harmful ways of producing meat. 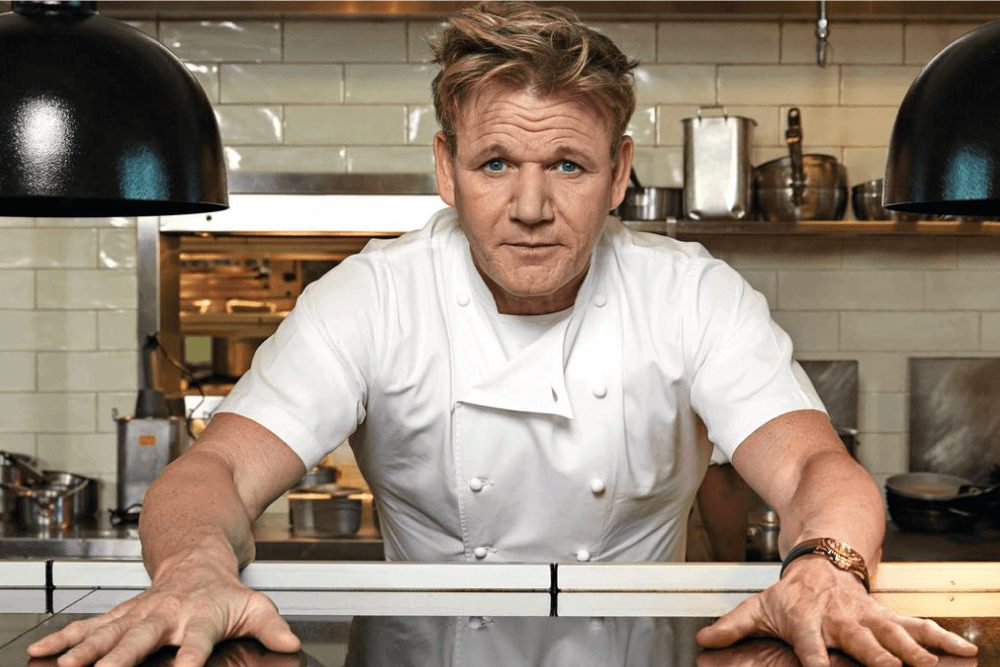 How Many Michelin Stars Does Chef Gordon Ramsay Have? 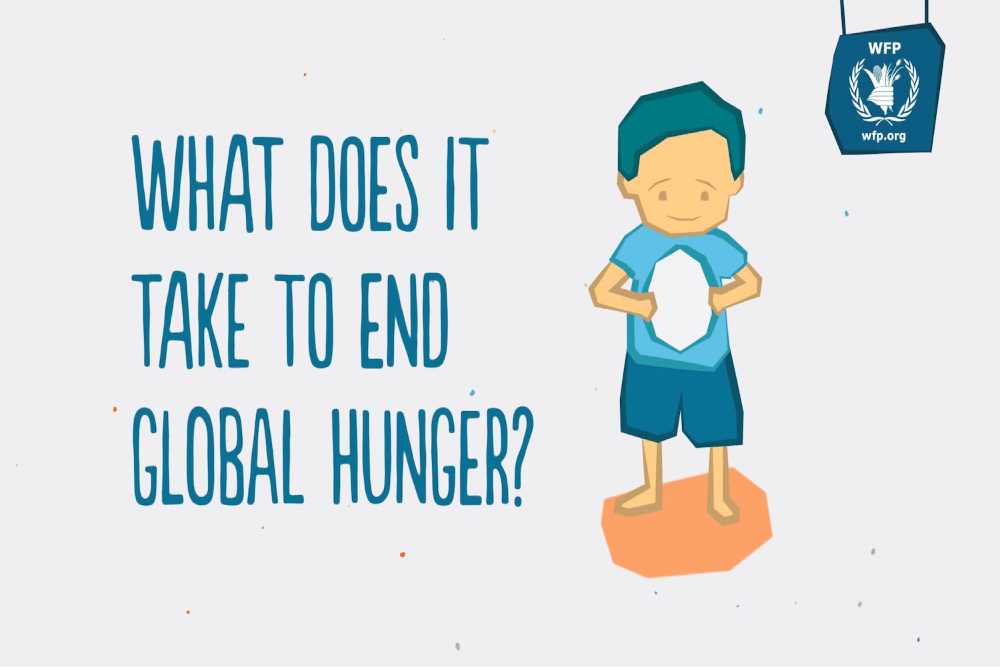 ShareTheMeal: Together We Can End Hunger