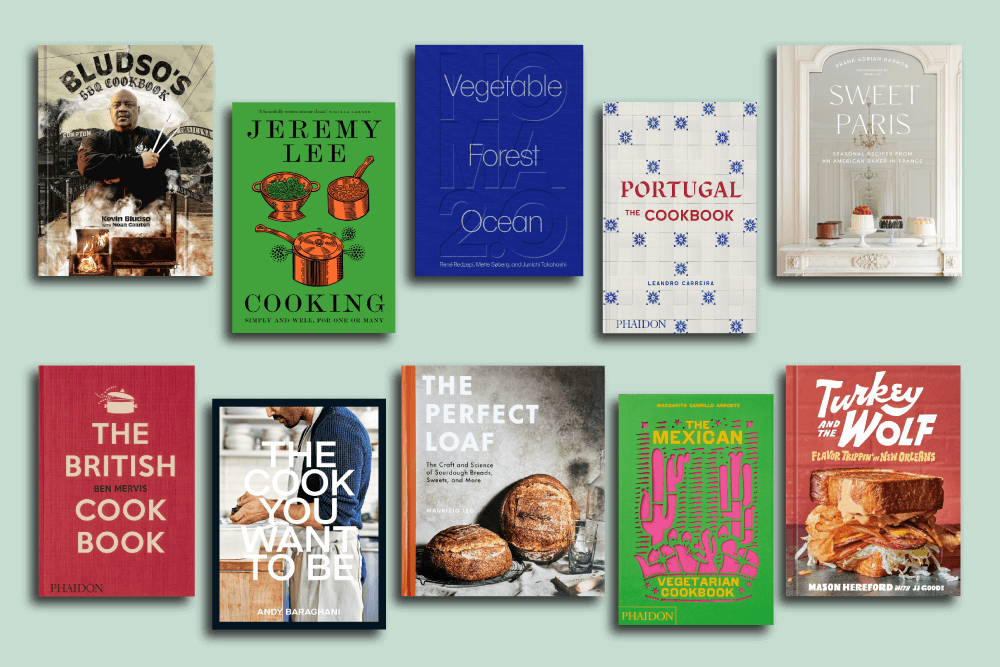 The Best Cookbooks of 2022, According to our Editorial Staff

The year is ending, and with that comes our list of the best cookbooks 2022.

With such great books, choosing the best ones took work. After long hours of debating, we finally put together a list showcasing what this year had to offer. This list includes books about international cuisines, vegetarian options, home cooking bibles, and even restaurant cookbooks.

This is low and slow Texas BBQ done right, from the founder of famous Los Angeles-based Bludso's BBQ. With information on everything from choosing, seasoning, and cleaning your pit to selecting your brisket, ribs, and sausages, as well as more than seventy-five delicious recipes (including all the essential rubs and sauces) and Kevin's incredibly personal story, this premisses to be one of the best barbecue cookbooks of the year.‍‍

In his first book, Bludo's BBQ Cookbook, Kevin teaches you everything he learned over the years around the pits. Things like choosing your barbecue pit, selecting the best woods, or tending your fire are just some of the fundamentals you'll learn here.

Kevin gives you recipes for rubs and sauces that will elevate your flavors, but he also shares his rules for success. Bludso's BBQ Cookbook has a lot of recipes for smoking everything from brisket to lamb, ribs to chicken, sausage to seafood, but there are also recipes for sides, breakfasts, and desserts.

In his first book, Jeremy Lee welcomes you into the kitchen to rejoice in simple home cooking. Whether for a table set for one, or for the descending hordes, here you'll find over 150 recipes, bursting with ideas for good things to eat.

From a lifetime of cooking with some of the UK's greatest chefs – as well as lessons from his mother – Cooking is a book about good food honed from good ingredients, whether it is a particularly good bundle of asparagus or a great box of artichokes. The ingredients invariably spark the idea of what to cook next.

Cooking is brimming with stories, wit, infectious joy for food, and indispensable advice. It is brilliantly illustrated by John Broadley and photographed by Elena Heatherwick. It will surely be one of the most distinctive cookbooks published for years.

There's a reason restaurant Noma sits atop the list of the world's best restaurants. Every bite, every dish, every course surprises, delights, challenges, and deeply satisfies in a way that's unique in the world of dining.

Noma 2.0 it is all about using only local ingredients to build a profoundly situated cuisine in its place and culture. It is about transforming the ordinary to develop haunting, memorable flavors. It is about composing a plate that delights the eye as the palate, whether through the trompe l'oeil of a "flowerpot" chocolate cake or a dazzling mandala of flowers and berries. It is about pushing the boundaries.

In Noma 2.0, René digs deep into the restaurant's magic through the creation of nearly 200 dishes, each photographed in spectacular beauty and detail.

Like the restaurant itself, this cookbook is brilliant! For foodies, chefs, artists, and art lovers, for thought-leaders and makers, and for the kind of reader who is compelled by the idea that sometimes one person can change everything.

Portugal: The Cookbook is the definitive and largest collection of traditional Portuguese recipes translated into English for home cooks.

Among the hottest travel destination for food lovers with over 22 million visitors per year pre-Pandemic, Portugal boasts an incredible culinary legacy forged by centuries of world exploration.

Portuguese cuisine takes the country’s natural bounty and weaves in techniques and ingredients discovered along its pioneering 16th-century trade routes – South America, Asia, and Africa – showing that the nation’s gastronomy is every bit as rich, flavourful, and varied as that of neighboring France and Spain.

From the creator of the popular Cake Boy Paris blog, Frank Adrian Barron, comes a dazzling cookbook that brings together the best elements of French style and American baking like never before.

Inspired by L'heure du goûter, a daily French tradition similar to British teatime, and autour de la table, the idea of gathering with good friends and delicious food, Sweet Paris is a love letter to sublime desserts and the City of Light. The more than fifty five recipes in this book - organized by season and using the best fruits and flavors each time of year has to offer - will have you wanting to make these irresistible baked goods over and over again, all year round.

In Sweet Paris, Frank brings together the best elements of French style and American baking. Throughout the book, you'll find 59 irresistible baked goods that will teach you how to get the best of each season by using the peak fruits and flavors.

Sweet Paris is a fantastic book that will bring out the pastry chef in all of us. Organized in seasons, a trend that we really like, and with detailed and precise recipes, this book is for those who love to bake and want to surprise friends and family with impressive and delicious baked goods.

In The British Cookbook, Ben Mervis, the respected food historian, researcher, and writer, tells the story of British food through 550 home-cooking recipes. Tasty, diverse, and inextricably linked to its roots, British cuisine is steeped in history and is a varied as the landscape to which it belongs.

The book is the culmination of several years of research by Ben, an American who arrived in the UK as a student and remains enamored with British food – its rituals, history, and the myriad stories surrounding the dishes.

Part cookbook, part cultural history, The British Cookbook is the definitive collection of British food. Throughout the book, Ben guides you on a fascinating and mouth-watering culinary tour, exploring an exciting and diverse cuisine characterized by its ingredients and flavors.

The Cook You Want to Be

From his triumphs and failures working in restaurants, at food magazines, and in his very own home, Andy Baraghani realized that the process of cooking should always be inspiring and never boring.

In his first book, The Cook You Want to Be, Andy will guide you through different flavors, techniques, and, yes, plenty of recipes to help you build the confidence you need to make highly delicious, achievable food in your own kitchen. And as he promises, "along the way, you'll become a more instinctual and thoughtful cook".

In The Cook You Want to Be,Andy shows you how you can hone your cooking styles by teaching you the techniques and unexpected flavor combinations that maximize flavor in minimal time.

In essays throughout the book, Andy shares convictions (why everyone must make his beloved Persian egg dish, kuku sabzi) and lessons to live by (the importance of salting fish before cooking it). The Cook You Want to Be is a trove of go-to recipes and delicious, simple home cooking.

Maurizio Leo's blog, The Perfect Loaf, is the go-to destination on the internet for beginner sourdough bakers. He now brings his impeccably detailed techniques, foolproof recipes, and generous teaching style to a groundbreaking debut cookbook that delves into the absolute fundamentals of sourdough — plus the tools and confidence to explore beyond.

The Perfect Loaf cookbook is the culmination of Maurizio's sourdough trials, experiments, classes, research, and countless interactions with bakers at all levels over the past decade.

With a range of foolproof recipes from free-form loaves, pan loaves to pizza to doughnuts, troubleshooting sections, and even a dive into the science behind baking processes, The Perfect Loaf is an indispensable guide in the kitchen, whether you're new to bread baking or a pro.

Added in 2010 to UNESCO's list of Intangible Cultural Heritage of Humanity — the first, and one of only seven cuisines to receive the distinction — Mexican gastronomy is defined by a sense of community, a rich diversity of native ingredients and age-old practices of planting and harvesting.

With this book, Margarita Carrillo endeavors to preserve Mexico's collective cultural and culinary heritage brimming with stories, traditions, and myths, for readers everywhere.

When writing The Mexican Vegetarian Cookbook, Margarita took the opportunity ‍to correct the misconception that Mexican cuisine is greasy, unhealthy, and lacking in variety, showcasing the country's culinary wealth and culture instead.

The Mexican Vegetarian Cookbook is an essential and immersive tome for home chefs looking to introduce more variety to their daily vegetarian diet while experiencing Mexico's regional diversity and attention to tradition.

Turkey and the Wolf: Flavor Trippin' in New Orleans

Turkey and the Wolf is a fun, flavorful cookbook with more than 95 recipes and Power-Ups featuring chef Mason Hereford's irreverent take on Southern food, from his awarding-winning New Orleans restaurant Turkey and the Wolf.

Mason Hereford grew up in rural Virginia, where his formative meals came at modest country stores and his family's holiday table. After moving to New Orleans and working in fine dining, he opened Turkey and the Wolf, which featured his larger-than-life interpretations of down-home dishes and created a nationwide sensation.

In this book, you'll find the recipes for foods Mason loves. You'll find a bunch of favorites from Turkey and the Wolf and Molly's, and you'll also find some of the best dishes they've ever made at the restaurant but never made it on the menu because they didn't work logistically or didn't fit even within the capacious contours of their operations. 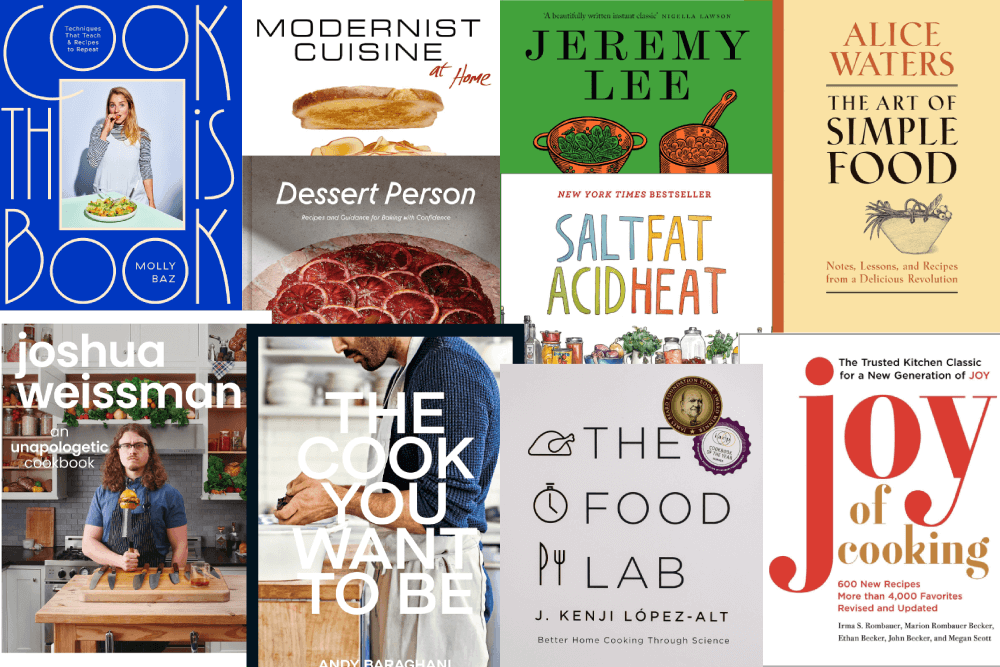 The Best Home Cooking Cookbooks That Everyone Should Own 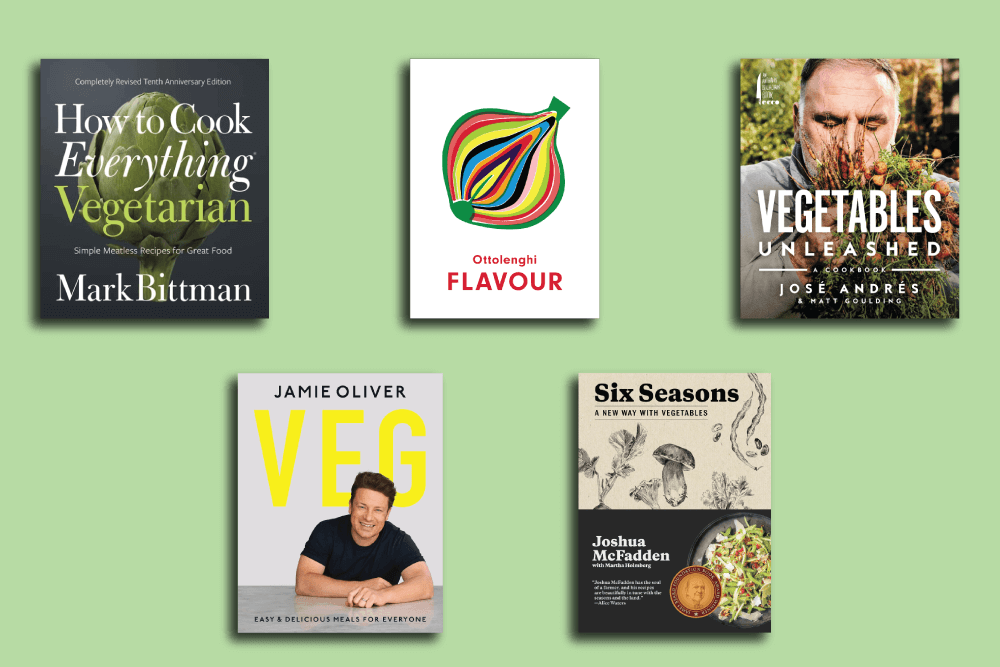 5 Best Vegetarian Cookbooks to Buy in 2022 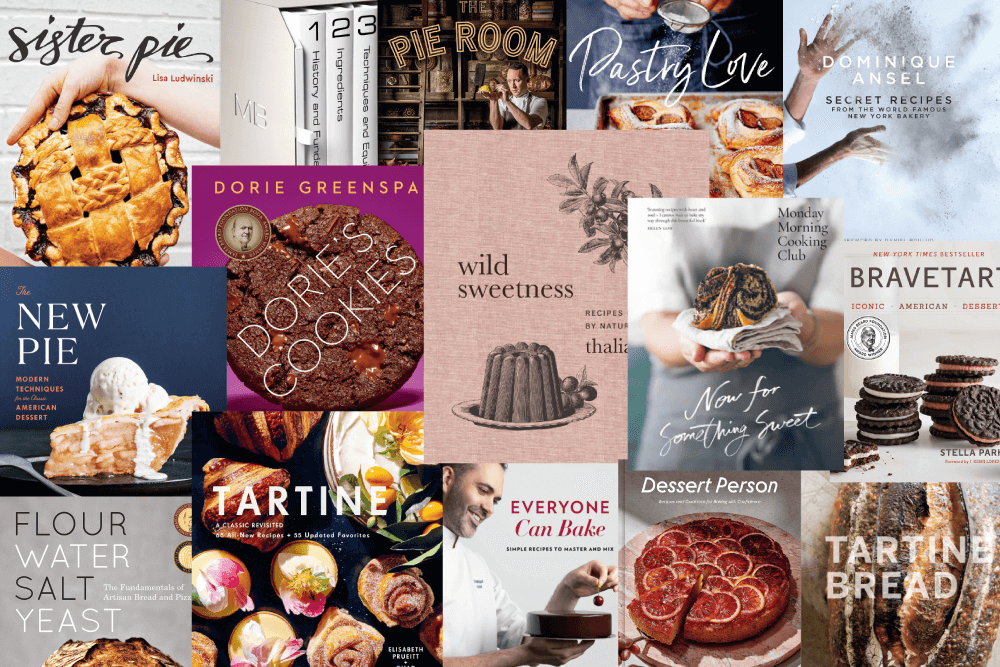 The Best Bakery Cookbooks You Can Own Right Now 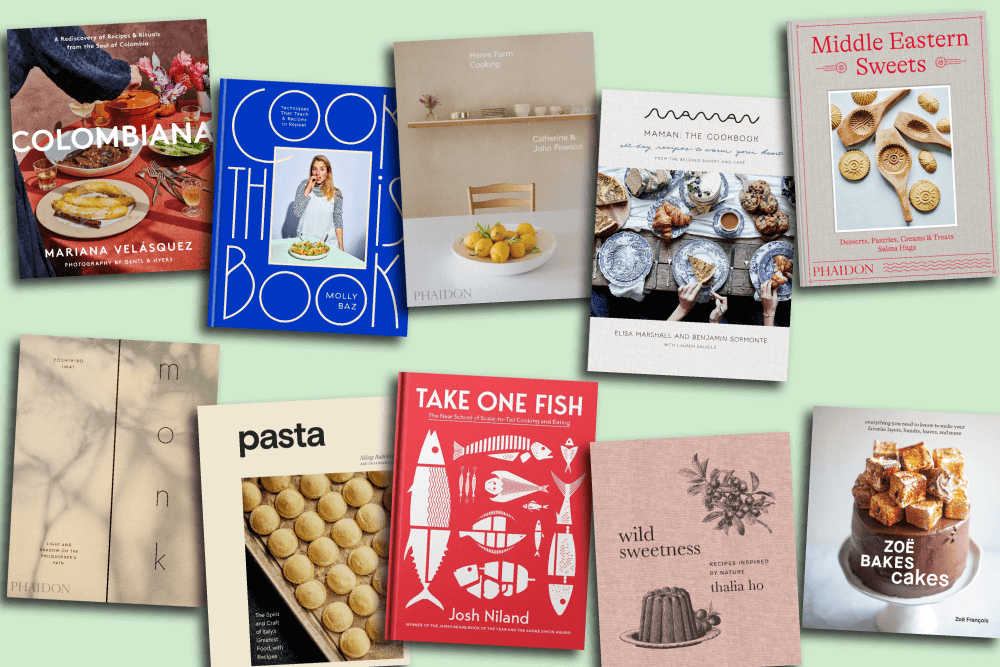